Our aim is to offer a readily available online source of Indo information in the English language, to help both current and next generations of Indos in Diaspora to learn about their history and choose their destiny. Elusive topics such as Indo identity, history and culture have been heavily debated by first, second and third generation Indos in the Netherlands ever since the second half of the previous century. Although academic studies covering Indos as a distinct ethnic and social group have only recently been published Indo culture is very much alive and active in the Dutch language world. Here we would like to share and present some of these developments with our English speaking communities.

In the words of Tjalie Robinson our vision is : "To build living monuments for an immortal past." 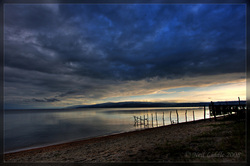 Long, long ago, on a tropical island far, far away...

Ever since the Age of Exploration, some  500 years ago, a people of racially mixed ancestry existed throughout the emerald island empire now known as Indonesia. This Eurasian offspring born of foreign European forefathers and primordial indigenous mothers, came to be known as Indos. Before that they were known by their Portuguese and Spanish name: Mestizos. Mixed people.

These Indos were famed for the pivotal role they played as multi-lingual intermediaries between European and indigenous traders as well as change agents of modernization. They were among the earliest native adopters and ambassadors of western education and civilisation in that region of the far east.

From indespensable middle-men during the VOC era (17th & 18th century) their position in the East Indies (now Indonesia) gradually moved to the position of more or less marginal-men in the late colonial era (19th & 20th century), eventually leading to the Indo Diaspora . 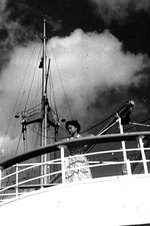 After and during the Indonesian revolution in the 40s of the previous century a massive diaspora of Eurasians ensued from the fledgling Indonesian republic. Indonesia's Eurasians known as Indos, short for Indo-Europeans, a term used since the 19th century, almost completely disappeared from their native lands. Conservative estimations tell us there are at least 1 to 2 million Indos around the world. Many of them are scattered throughout the typical immigration countries such as the USA, Canada, Australia and New Zealand. Other countries include Brasil and Suriname. Most of the 300,000 so called Indo repatriates settled in the Netherlands. Together with their 2nd and third generation descendants, about 800,000 people,  they are the largest and best integrated ethnic minority in the country.  Despite the fact that most Indos within the European legal class chose to keep their Duch nationality and either fled or were expelled from their Indonesian motherland during and after the chaotic revolution, Indonesian researchers believe at least 1 million Indonesians have a European ancestry.


​The famous Indonesian intelectual Sutan Sjahrir predicted as early as 1937:

"...the place that the Indos ...occupy in our colonial society has been altered. In spite of everything, the Indos are gradually becoming Indonesians, or one could say that the Indonesians are gradually coming to the level of the Indos. The evolution of the deeply ingrained process of transformation in our society first established the Indos in a privileged position, and now that same process is withdrawing those privileges. Even if they retain their 'European" status before the law, they will still be on a level with the Indonesians, because there are and will continue to be many more educated Indonesians than Indos. Their privileged position thus is losing its social foundation, and as a result that position itself will also disappear.”  Sutan Sjahrir, 1937.

As always Sjahrirs' analysis was as sharp as ever. The difference between Indos and Indonesians in the Dutch East Indies was not only marked by legal definitions imposed by the invasive colonial system, but also by a social divide mainly marked by the (western)  education enjoyed by Indos. 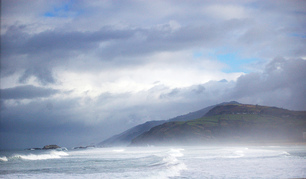 "I was born from the glory of sunshine,
And a moist sigh of the seething seas,
Risen on wings of rain,
Swollen of worldly woe.
We who are alike, lonely longing life
through tears we watch our Joy fade...
But sweetly smile, as we suffer!"


Loose translation of the Dutch 19th century poem by J.Perk:
"Ik ben geboren uit zonnegloren, En een vochtige zucht van de ziedende zee,
die is gestegen, op wieken van regen, Gezwollen van 't wereldse wee. -
Mij is gemeenzaam, wie even eenzaam, Het leven verlangende slijt
En die in tranen zijn Vreugde zag tanen... Doch liefelijk lacht, als hij lijdt!"
The Anglo-Indian "British Totok" Rudyard Kipling, famous for writing the international bestseller 'Jungle Book', may be the most prominent English language author ever to write about  complex issues of Eurasian identity and national allegiance. Until the age of 5 he was raised in a native subculture of which he wrote: "In the afternoon heats before we took our sleep, she (the Portuguese ayah, or nanny) or Meeta (the Hindu bearer, or male attendant) would tell us stories and Indian nursery songs all unforgotten, and we were sent into the dining-room after we had been dressed, with the caution 'Speak English now to Papa and Mamma.' So one spoke 'English', haltingly translated out of the vernacular idiom that one thought and dreamed in."
"Oh, East is East, and West is West, and never the two shall meet,
Till Earth and Sky stand presently at God’s great Judgment Seat;
But there is neither East nor West, Border, nor Breed, nor Birth,
When two strong men stand face to face, tho’ they come from the ends of the earth." R.Kipling

The word Indo is an abbreviation of the full term Indo-European and originated in the Dutch East Indies of the 19th century, as a usually informal term to describe the Eurasians belonging to the European legal class, the highest class in the colonial hierarchy.

The term is based on the 19th century scientific term used in the field of linguistics. As such the prefix 'Indo' is not an abbreviation for the (at that time uncommon word) Indonesia or Indonesian - as Indonesia as a country or concept was not known yet. Indo referred to the original word 'Indus', as in India. Similar to the use of the prefix 'Indo' in the colonial term 'Indo-China'.

In the United States of America and Canada the term Dutch Indonesians is used, which is a very rough translation of the Dutch term - Indische Nederlander. In the US the terms Indo or Amerindo are also widely used.

In the Netherlands the term Indische Nederlander includes all Dutch nationals that lived in the Dutch East Indies, so with and without mixed ancestry. To distinguish between the two, Eurasians are called Indo and native Dutch are called Totok. Totok is the Malay and Indonesian word for pure or full blooded. So strictly speaking the use of the term 'Indische Nederlanders' when specifically referring to 'Indos' is not correct.

In contemporary Indonesia the term 'Indo' is also still used widely, but it is not confined anymore to former inhabitants of the Dutch East Indies, but includes all people of a mixed European and native Indonesian background. Historical terms used in Indonesia are Belanda-Indo and Peranakan. Peranakan is the Malay and Indonesian word for descendant. Both terms were officially used for registration purposes during the Japanese occupation in WWII.

In early pre-colonial (16-18th century) history, before the establishment of the Dutch East Indies, Eurasians were referred to by a Portuguese term 'mestiço' (Dutch: Mesties) or as 'coloured' (Dutch: Kleurling). The original Indos of Portuguese descent were known as Mestizo, but also by more specific names such as: Topasses (the ones wearing hats) and 'Larantuquieros' (Mestizo from Larantuka) also called the 'Black Portuguese' (Zwarte Portugezen) by the Dutch.

Sobriquets
Additionally a wide range of more contumelious terms, such as for instance 'liplap' can be found in literature from previous centuries."Liplap: A vulgar and disparaging nickname given in the Dutch East Indies to Eurasians.", quoted from Yule, Henry, Coke Burnell, Arthur Hobson-Jobson: the Anglo-Indian dictionary (Publisher: Wordsworth Editions, 1996) Page 518. Other such simplistic terms used in Dutch are 'Pindas' (Peanuts), 'Blauwen' (Blue Ones). Most offensive terms have been quickly turned into badges of honour as can be seen in the artist name of the internationally known  band 'Blue Diamonds'. Even the term Indo itself was shortly used as an abusive term, before being reappropriated by the Indo community.

Many shades and just as many features

We are Blend, but not Bland

We are an Enigma even our own don’t understand

‘Knowledge of Self’ required to truly represent

Come with me - take my hand

Colonial history is what made us

They have always tried to hate us

And make us hate ourselves as well

And sell out to 1 side or the other

Our fathers or our mothers’

Our ancestral lands are spread out

In deep oceans of blue

Our ancestral heritage won’t fade out

But will comeback reckless

With the vengeance of truth

This is the eagerly awaited return of

The ones carved from the rock of hard love

Facing odds of adversity - we take off

Snakes snapping at us - we shake off

We dwell the world in search of

The dreams that we are made of