For a long time after WWII the most  common Dutch term to designate Indos was 'Indische Nederlanders' (Indies Dutchmen), sometimes shortened to 'Indischen'. This term however  does not only refer to Indos, but also includes the white Dutchmen from the Dutch East Indies. The full blooded Dutchman was known as Totok, short for Totok Belanda. Totok is the Malay term for full blooded person.

Totoks could be the typical Dutch expats, but also Dutch settlers (semi-immigrants). The first were known by the name "Trekkers' (Sojourners) the latter by the name 'Blijvers' (Stayers).

Officially Indos were equal to Totoks and both belonged to the European legal class. Nevertheless the majority of Indos clearly belonged to a different social group, as colonial society was sodden with intricate racial discrimination. In this colonial atmosphere the white Dutchman represented an ideal to aspire to, a  rolemodel all non-white peoples should want to emulate.  Ironically when talented Indos persevered and obtained positions at the top of the colonial hiearchy, among the totok elite, they often disregarded their old social class.

Many Totoks ethical and non-ethical alike believed in 'la noblesse de la peau' and as 'la noblesse oblige' did their best to uphold their reputation of superiority. While Totoks didnt much fraternize with Indos in the Dutch East Indies this changed after WWII. Only during  the great repatriation to the Netherlands, that heralded  the Indo diaspora, Indos first saw white Dutchmen doing manual labour, something unheard of in the colony. Back in the Netherlands Totoks and Indos eventually joined forces under the umbrella term Indische Nederlanders to lobby for common causes.

Many members of colonial Totok families remained prominent back home and some with sincere love for the Indies became important supporters of  Indo culture. The most outstanding and popular figures in modern Dutch literature are the first generation author Hellas Haasse and second generation author Adriaan van Dis (around 2011 van Dis uncovered the eurasian roots of his father). Another prominent writer is Rudy Kousbroek.

In politics Dutch prime minister Mark Rutte and the much respected former Ministers of Foreign Affairs were Hans Van den Broek and Ben Bot [Ben Bot at the opening of the Pasar Malam Indonesia 2010 ]  are  from Totok families. Other high profile politicians are Frits Bolkenstein and Geert Wilders. Both are claimed to be of Indo descent, however do not recognise this themselves. More slightly controversial individuals include journalist Willem Oltmans.

The most famous Dutch war hero and resistance fighter is Erik Hazelhoff Roelfzema (Surabaya 1917), also known as the Soldier of Orange. In the Paul Verhoeven movie of the same name he was played by actor Rutger Hauer.

Finally Wim Kan is a legendary, and during his lifetime very influential opininion making cabaret artist, known for tenaciously tackling the post war relationship between the Netherlands & the Japanese emperor Hirohito. Although born in the Netherlands he spent the war in Japanese prison camps and labouring at the Birma Death Railway.

Note: Some of the Totoks listed below might very well have Indo bloodlines however due to colonial mores this was often shrouded in secrecy and even conveniently 'forgotten'. Author Adriaan van Dis for instance only recently discovered the Eurasian roots of his father. As he now publicly acknowledges his Indo roots and contributes to Indo cultural heritage he is logically moved to the 'Indo Hall of Fame' as per 2012. 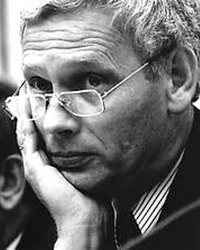 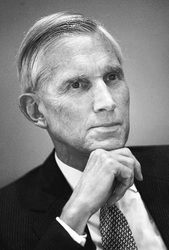 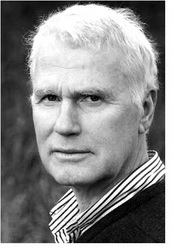 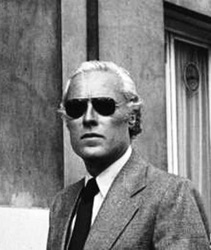 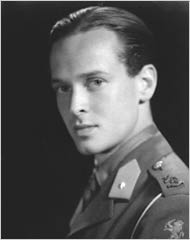 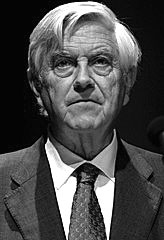 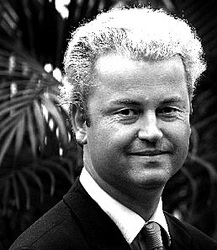 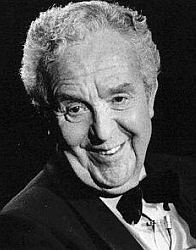 Wim Kan (Dutch Language) cabaret 1972.
"Almost no one is alive anymore."
"Who can tell the tale. Only the death know what happened along those Birma rails." 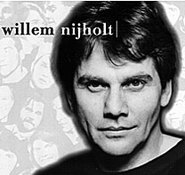 Willem Nijholt (Gombong 1934) is a famous Dutch actor and singer. His early life in the Indies and his affinity with Indos thas influenced his choice of acting roles. Due to this and of course his great acting talent many have mistaken Willem Nijholt to be an Indo himself.

In 2009 he performed a theatre play written by Yvonne Keuls and based on the book Oeroeg by Hella Haase.

Below a video clip of Nijholt singing with Wieteke van Dort in her iconic role as  Tante Lien.

Boudewijn de Groot (Batavia 1944)
Liesbeth List (Bandung 1941)
“When I was growing up, our house was full of usually, women, whose husbands had gone, and with children,” Seymour said. “Their kids became like sisters and brothers to us. Their mothers all became Auntie So and So.” “There was food in abundance even though we didn’t have much money. … If we had one piece of steak, and suddenly now there were 20 people, it became tiny morsels in a magnificently delicious rice dish that she was famous for,” Seymour said.

Now Seymour, her sisters and her daughters follow that example. “Without anyone trying to tell anyone to do it, it’s just sort of a custom that’s run in the family,” Seymour said. 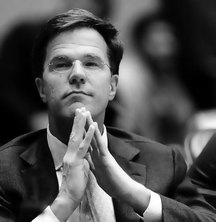 Mark Rutte became Prime-Minister of the Netherlands in 2010.

As the youngest son he was born into an expatriate 'Totok' family originally from the Dutch East Indies. His father was a Japanese POW.

Click: TV interview 2011.
"At home we were surrounded by memories of life in the Dutch East Indies," said Rutte. He mentioned the smell that hung in his parental home, the nasi goreng on Saturday evening, the Indonesian/Malay words - soebatten, mataglap - which he still unconsciously uses to this day.

Seldom the Dutch prime-minister was able to draw so much on his own experiences for a commemoration speech as here at the commemoration of the end of the Second World War in the Dutch East Indies, now 75 years ago. (2020)

Rutte told how he heard many stories about the Indies. But how there was always a "dark corner" that his father usually skipped. During the war, Rutte's father was placed in a Japanese camp for prisoners of war, his wife was also interned with her three children. She would die from exhaustion shortly before liberation; his father would remarry after the war and have four more children, including young Mark.

With 11% the third largest group of the so called "Englandvaarders" were resistance fighters born and raised in the Dutch East Indies. Of the 900 Dutch military men assigned to the the Royal British Airforce (RAF) as many as 209 (23%) were born in the Dutch East Indies.
Source: ​https://www.historischnieuwsblad.nl/indische-nederlanders-in-het-verzet/
Researcher: http://www.hermankeppy.com/