"To pay respect & tribute to the elders and ancestors." 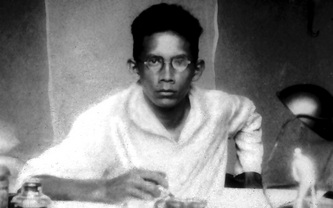 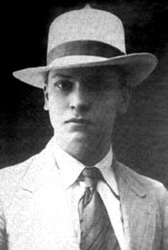 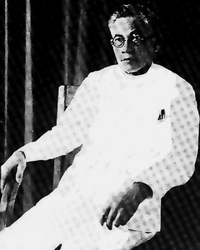 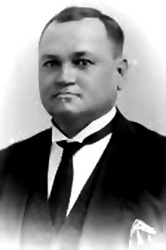 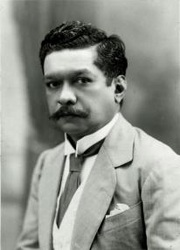 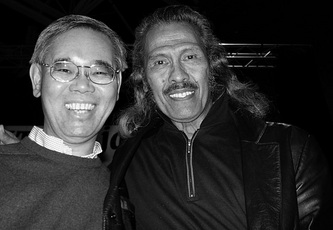 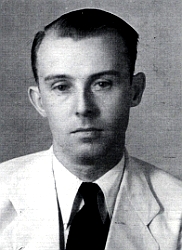 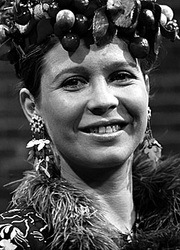 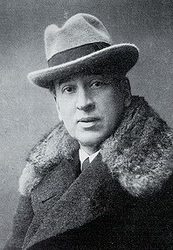 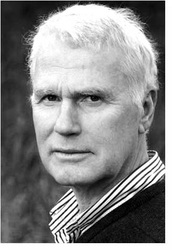 Tjalie Robinson (1911-1974) is the main alias of the Indo (Eurasian) intellectual and writer Jan Boon (born Nijmegen, 10 January 1911; died The Hague, 22 April 1974) also known as Vincent Mahieu. A unique Indo author Tjalie Robinson became the most influential post war Indo activist of his generation and the most important promoter of Indo culture anywhere. If anyone can be called the post colonial leader of the Indo community it is Tjalie Robinson. In his essay "Sweet Java, about Tjalie Robinson." Rudy Kousbroek, one of the Netherlands' foremost essayists, simply called him "one of the greatest Dutch writers". His aim as cultural guardian was to preserve Indo culture for the future or as he put it himself: "To create living monuments for an immortal past.".  Today Robinson is still the best read Dutch author in Indonesia.

Part of his literary legacy is the fact that he wrote much of his work in the Indo mix language called Petjok, also known as petjo or pecuk, giving it a status that it never had in the Dutch East Indies and providing academic linguistic research a substantial database. His work varies between the melancholy reminiscence of the Indos in diaspora, caught in the term Tempo Doeloe, the positioning of post-colonial Indo identity and the study of a global Eurasian cultural domain. His greatest achievement as described by Kousbroek may have been that he was: "...the only one that has restored their (Indo) self respect and granted us insight into their culture and has written about it with the hand of a master."

In 2008 Wim Willems published his biography: Tjalie Robinson, Indo writer and in 2009 his compiled letters Writing with your fists, Tjalie Robinsons letters for which the author received the literary award 'Witte Prijs' in 2010.

In 2009 commemorating Tjalie Robinson's death 35 years ago a modern multi-media theater play based on his stories was performed in Bandung and Jakarta, Indonesia. In 2011 the  Tong Tong Fair remains an annual event in the Hague and will present this play (Cuk & Cis) in the Netherlands.

The 'American Tong Tong' magazine, renamed 'The Indo' lives on to this day with Rene Creutzburg as editor and publisher, who in 2007 was awarded a Royal ribbon in the 'Order of Orange-Nassau' for his efforts over the past 44 years. This Dutch and English language magazine is still an official body of the Indo Community Center 'De Soos', established by Tjalie Robinson in 1963.

The above Indo Hall of Fame includes Indo individuals that have reached the status of an icon and/or have made unprecendented contributions to the Indo community and/or Indo culture. Most have a historically proven reputation, the list however also includes Indos that have become legend in their own lifetime. Andy Tielman's uncanny talent made him the undisputed leader of the music genre named Indorock and through that role the godfather of Dutch pop music. Wieteke van Dort created the iconic character named Tante Lien. With her prime time Tv show called the 'Late Late Lien Show' she made Indo culture popular and available for the masses for the first time ever.

Rob Nieuwenhuys is the Nestor of Indies Literature. With his Magnus Opus (Mirror of the Indies: A History of Dutch Colonial Literature  - translated to English in 1999) he almost single handedly carved out a dedicated place for Indies literature from the overall body of Dutch literature. There he gave all the other authors in the above Hall of Fame their respect due. Including the author Beb Vuyk who is added here for her additional role in introducing the Indies Cuisine to the Netherlands.

In a wide range of his best seller books Van Dis exquisitely describes the trials and tribulation of first and second generation repatriates. Like fellow Indo author Marion Bloem his storytelling is based in old Malay and Pecok verbal traditions. His award winning stories evoke the great sense of displacement and rife antitheses that affects generations of Indos. (Books: My Father's War, Repatriated a novel in sixty scenes and Nathan Sid. }

As an awardwining  television maker Van Dis finally visits the country he knows so well from stories told by his family. Below you will find episode 1 of the television series 'Van Dis In Indonesia' (2012) that put both Indonesia and the Indies back in Dutch living rooms. (Dutch and Indonesian language with Dutch subtitles).  All episodes:   http://programma.vpro.nl/vandisinindonesie/afleveringen.html / https://www.npo.nl/van-dis-in-indonesie/POMS_S_VPRO_113345​
Video

Jan Leonard Broekveldt aka Indra Kamadjojo was born in Banyumas on Java in 1906 and died in Amsterdam in 1992. He was an extraordinary dancer who later became an actor and entertainer. His Dutch father was a government official, his mother came from a noble Javanese family. He originally studied law in the Netherlands, but then decided to study his great passion: dance . His main teacher the  Javaanse prins Raden Mas Waluyo suggested he adopt his stage name Indra Kamadjojo. Untill 1947 he frequently toured the world performing in  Belgium, Engeland, France, Denmark, Norway, Sweden as well as the USA. Untill 1983 he worked as a Dance teacher and choreographer.


From 1951 to 1958 he had his own show on national television. Throughout the 60s and the 70s he continued to appear on television. In 1974 his most famous and captivating role is the part of  the Javanese regent of Ngadjiwa in the television drama based on Couperus' literary master piece 'De Stille Kracht'. 1979 and 1980 he is a recurring special guest in the 'Late Late Lien Show' .

Ricky Risolles, world famous among Indo's, is a third generation Indo comedian, that has succesfully ventured on the trail of the legendary Tante Lien. He has performed in theatres throughout the Netherlands and during the pandemic started his: CoroNAkal Tievie series: https://www.youtube.com/c/RickyRisolles/featured

His funny videos can be found on his website: ​https://rickyrisolles.nl/video/

In the middle, Dutch starplayer, Naomi (nickname Bami) van As, double gold medalist and silver medalist. She started as 'World Hockey Young Player of the Year' in 2006 and in fact became "Best player of the world" in 2009 and again at the end of her sportscareer in 2017. 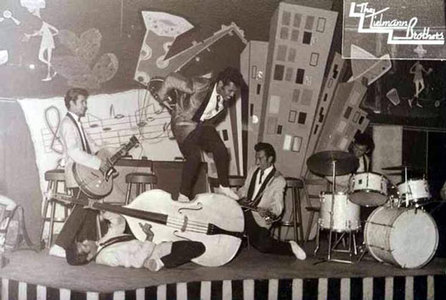 See:
The Story of Indorock.

Famous bands include: The Tielman Brothers, The Black Dynamites; Javalins, The Hot Jumpers, The Crazy Rockers, The Hap Cats.
The OG3NE sisters are a group of succesful Indo-Dutch singers known for their flawless harmonies, winning "The Voice" competition and succesfully competing at the Euro-songfestival in 2007 and 2017.

For a long time after WWII the most  common Dutch term to designate Indos was 'Indische Nederlanders' (Indies Dutchmen), sometimes shortened to 'Indischen'. Stricktly speaking this term however  does not only refer to Indos, but also includes white expatriate Dutchmen from the Dutch East Indies. This full blooded Dutchman was known as 'Totok', short for 'Totok Belanda'. Totok is the Malay term for pure or full blooded person.

Officially Indos were equal to Totoks and both belonged to the European legal class. Nevertheless the majority of Indos clearly belonged to a different social group, as colonial society was sodden with intricate racial discrimination. Back in the Netherlands 'Totoks' and 'Indos' eventually joined forces under the umbrella term Indische Nederlanders to lobby for common causes.

For more info scroll back up and click the 'TOTOK Hall of Fame' tab.